In today’s digitalised world, with every kind of information being available on the internet, explainer videos have proven to be the most effective and innovative way of engaging leads and getting sales for B2B businesses. According to a survey by Tubular Insights, 73% of users bought a product or service after watching an explainer video about it.

Animated explainer videos with their storytelling format and engaging visuals can not just highlight the benefits of the SaaS in the most easy-to-understand way, it can aid in instilling trust in the brand, increasing awareness about the product, and improving conversions. A study by Oberlo showed that 93% of marketers said they got high-quality leads with the help of videos on social media.

What is an Animated Explainer Video?

Animated video is made using computer-generated imagery, in a way that can manipulate the vision to see continual motion on the screen.

The best explainer videos are usually short 2-minute videos that explain the problem in the industry and how the product will solve it, elaborates on the working of the UI, amplifies the brand, color, and styles to increase customer recall value, and highlights the benefits of the SaaS product or service.

Animation styles can vary largely based on the needs of the company and what resonates with their particular audience; it can be 2D animation, motion graphics animation, whiteboard animation, UI animation, live-action animation, hybrid animation, screencast with animation, 3D animation, etc.

It is generally used by the marketing of sales teams to explain the product, create awareness and increase sign-ups. On average, a 60-second customized animated explainer video can cost a minimum of $7,000.

Things to keep in mind while deciding the animated explainer video agency:

Read this blog to gain insight on the Best 14 Agencies for B2B Saas Explainer Videos.

This studio primarily creates animated explainer videos, commercials, and cartoons. The company was founded in 2013 with its headquarters being in Poland. They specialize in creating compelling stories and animating heart-touching characters and have worked for more than 50 countries.

The process consists of three steps. The first step is to do a brief analysis, collect information, project goals, brainstorm, style referencing, and benchmarks. In the second step, the script, storyboard concept art, timeline, and budget are decided.

In the final stage, remote video production is done with the creation of motion design, graphics and illustrations, and side-by-side production with voice-over music and editing. 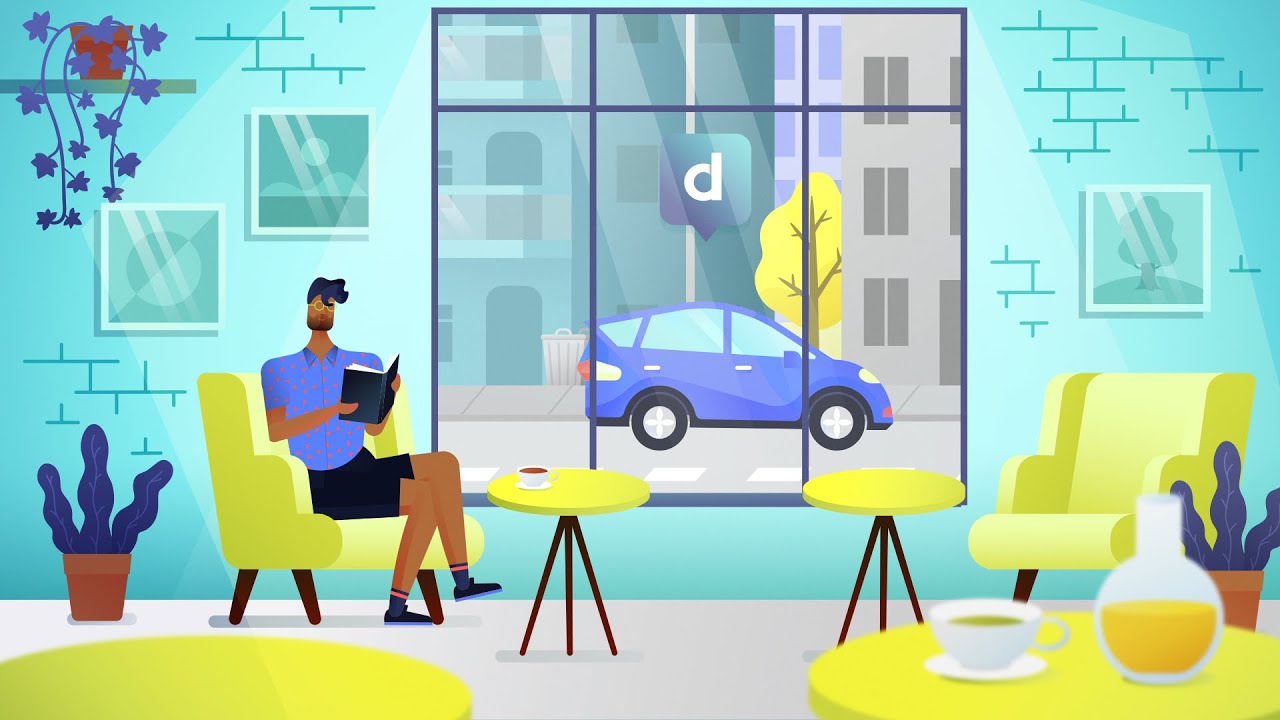 Thinkmojo was started back in 2011 in San Francisco, California. Their primary goal is to craft videos to encapsulate the customer’s entire journey for a B2B product- creating leads, converting customers, and invoking advocacy.

Having worked with some of the top brands in the world, they specialize in creating explainer videos and also produce various educational commercials and personalized videos.

The team of expert writers, artists, designers, sound artists, video editors create videos that decomplexify the product by means of engaging characters and powerful storytelling. Whether it’s an onboarding video, user retention video, product launch, event video they do it all. 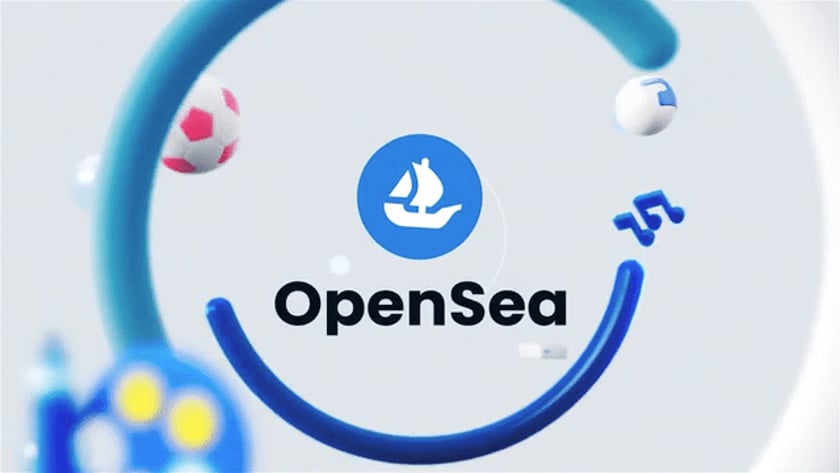 Content Beta is a SaaS-focused video production agency. Fairly young in the industry, they’ve worked with over 62 B2B SaaS brands since 2020 to onboard, engage, and retain users with studio-quality hybrid product demos and training videos.

Advantages of working with them are that they really understand B2B SaaS, they’re full-service from script to storyboard to video editing to final video at fixed and transparent pricing, they’re low touch, therefore there is no need of spending hours on zoom calls explaining how the product works and they deliver fast (maximum 8-10 business days).

However, they don’t do 3D character animated explainer videos. Content Beta even offers to update product videos according to the changing features of your SaaS. 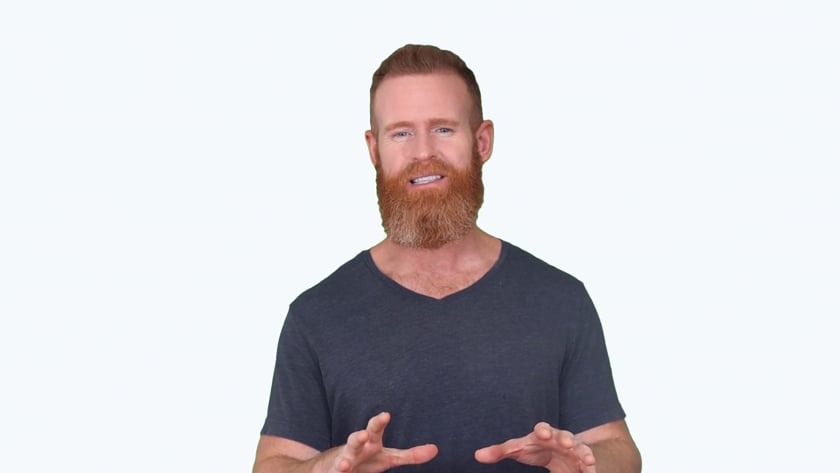 Founded in 2011, Demo Duck has its headquarters in Chicago. They create unparalleled animated and live-action videos of multiple types including explainer video, customer testimonial educational video, commercial video, internal communications video, branded video, social media video, company story video, video series, and have worked with some of the biggest brands on the globe.

Their goal is to craft unique videos with engaging animations that are inspiring and fun to watch. They resonate with the target audience by means of the story, their portfolio is exceptional and proves that they have a power-packed video production team. 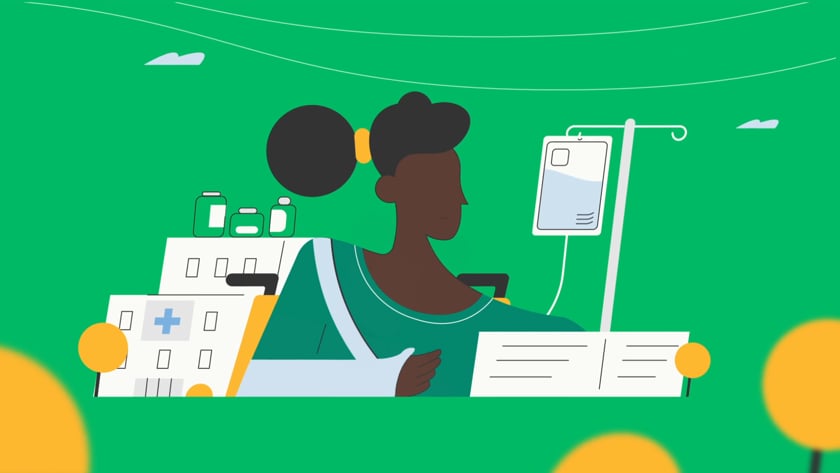 Founded in 2011, YumYum Videos has worked with hundreds of brands from all over the globe, providing animation and explainer video services- from small startups to Fortune 500 companies.

Their goal is to create out-of-the-box videos to help brands in conveying ideas, educate customers, and promote their company goals. They have mastered the creation of animated tutorial videos, explainer videos, educational videos, social videos, commercials, and more.

Their design style is unique and distinctive. Booking a call with them is easy and the process is fully customizable. They usually take around 2.5 months to deliver the final product. 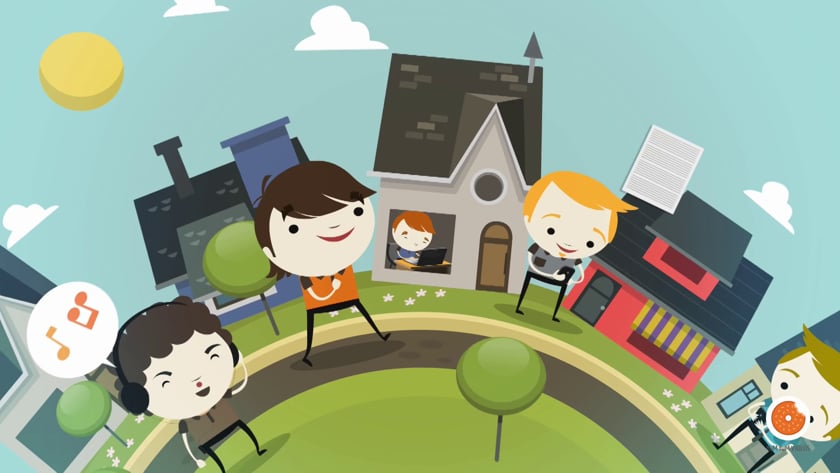 Wyzowl was started in 2011 when there was a bigger gap between the marketing demands from B2B businesses and the supply of explainer videos. With their headquarters located in the UK, they have worked with over 1500 companies and have created more than 3000 videos.

They adapt to the style of the brand and can create a wide variety of animation videos from the line drawn and 2D graphics to 3D and image-based animations and try to provide clear pricing, unlimited revisions, and quick turnarounds.

Having worked with businesses spread out over 40 countries, they are experts in story writing, scripting design, and animation and are pioneers of creating explainer videos. 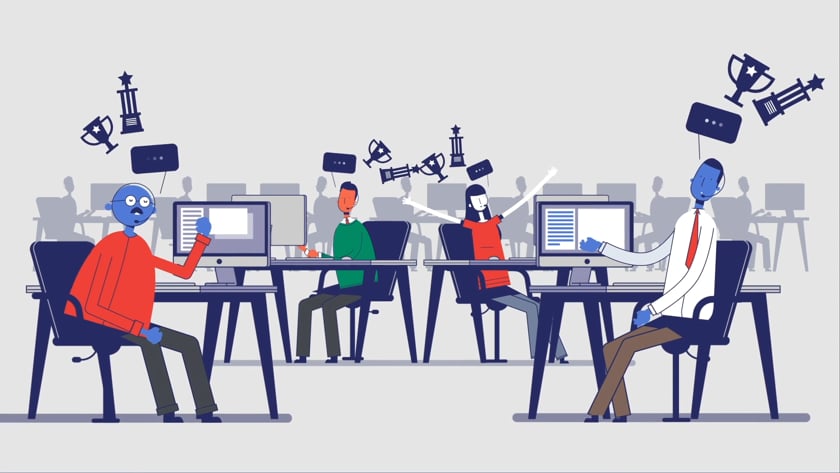 Established in 2011, Explainify has its headquarters in Arkansas and its primary customer base includes Banking and Finance companies, SaaS platforms, Science and Technology companies, Health Care, and Apps.

Their area of expertise is creating animated explainer videos for sales, marketing, and training purposes. The process is actually simple where the prospective client has to fill out a short form and review details of the project.

The team at Explainify then sends over the proposal with the estimated budget and timelines which are reviewed by the company and its stakeholders.

They have a team of specialists working on set deadlines to create a video that uplifts the brand’s reputation, explains the product, and impresses the target audience, without much to-and-fro from the client-side. They worked with over 350 clients, producing more than 1,000 videos. 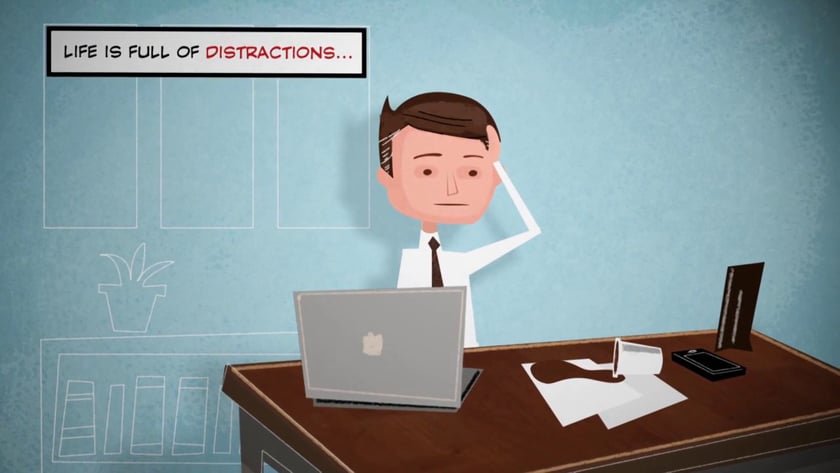 Based out of Armenia, this animation studio produces 2D, 3D, and motion graphics videos and is one of the top video production companies in the Middle East. Their main focus is to provide explainer videos and animation services.

For a 60-second animated explainer video, their pricing starts at $4500. Not only do they have a talented team of writers, artists, animators, designers, and video editors for their original animation design styles, they also have a humongous resource of voice talent with different accents ranging from Southern American and Canadian to Queen’s English and Eastern Australian for the videos.

The contact process is easy, with the briefing and scripting standing at the core of the animation and production. They take about two months to complete the video and provide 2 free revisions for the stage. 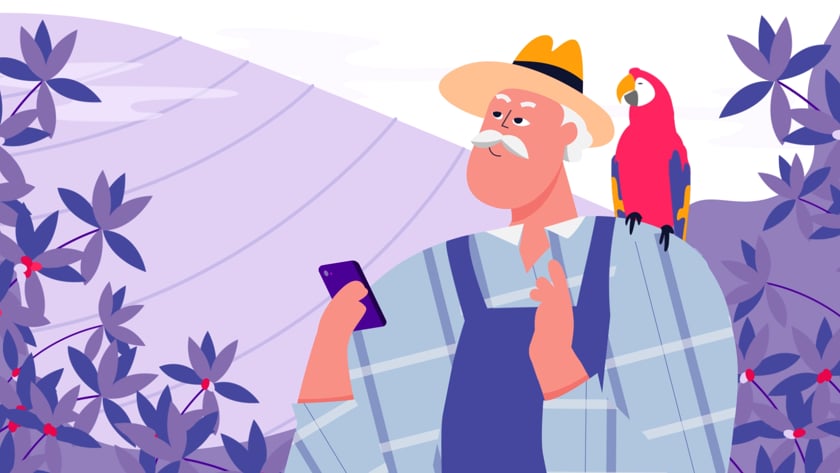 Sandwich is known for its way of integrating animation with live-action videos. Their storytelling method is unique, quirky, and is so well-made that it is almost like a professionally produced short film. Founded in 2009, their headquarter is in Los Angeles.

They have worked with a sea of industry giants ranging from social media platforms like Tiktok and Facebook, massively successful apps like Uber and eBay, and humongous SaaS companies like Salesforce and slack, because of which their best starting price for a video is around $25,000.

Getting in touch with them is easy and they effectively explain how they work with a wide variety of styles depending on what fits the creative needs of the product. They excel at creating TV spots, explainer videos, testimonials, animation videos, documentaries, branded content, etc. having created over 700 videos for 300 clients. 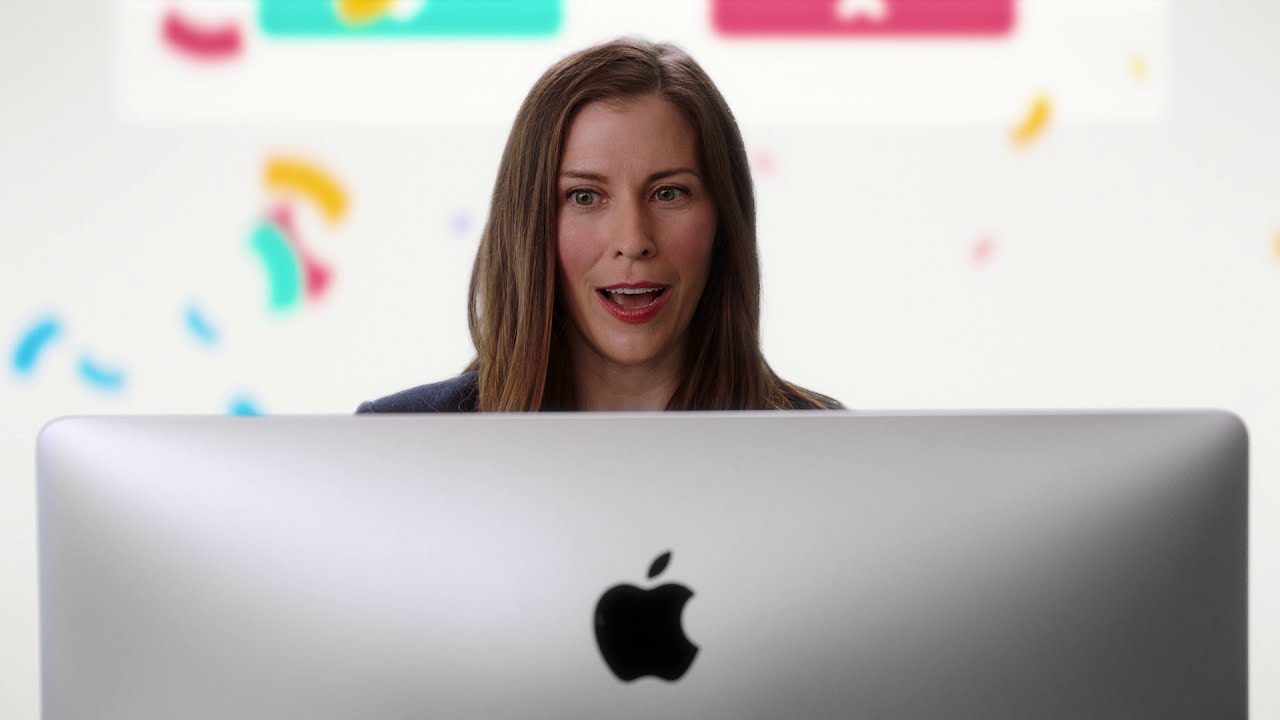 Starting in 2013, Explain Ninja is one of the top explainer video companies and animation studios that excels in producing a wide variety of animation styles, from whiteboard videos to 3D animation and 2D animation.

Having worked with iconic brands like Google, Atlassian, Codio, Bolt, MyTaxi, Pipedrive, etc. they excel at creating videos that stand out in the digital content marketing field by creating engaging video content that helps in maximizing prospect engagement and driving ROI.

Their goal is to provide a creative and stylized story, with a unique blend of animation and marketing. The video made is original and of premium quality, and it highlights the benefits of the product. Their creative process is easy to navigate through with the briefing, scriptwriting, storyboard, illustrations, voiceover, animation, and sound design is at the core of the video.

These videos have aided in creating brand awareness, generating leads, supporting customers, and providing engagement in the sales pitches. 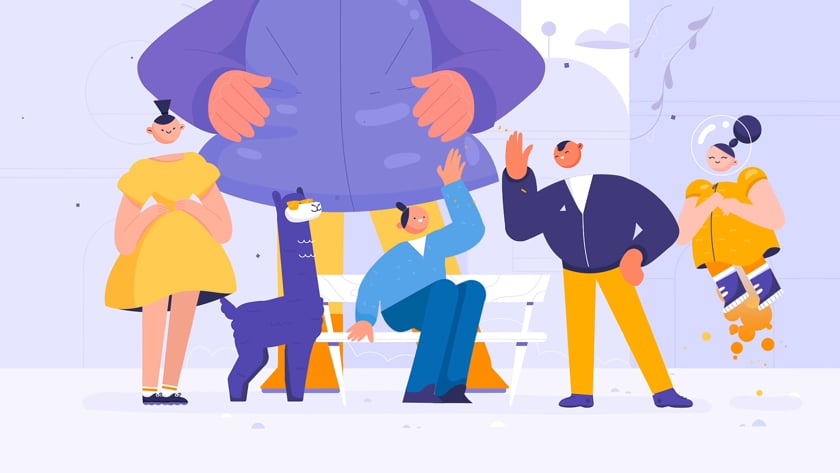 Read this blog to gain insight into How much can a B2B SaaS explainer video cost? Benefits of Animated Explainer Videos for your SaaS –

An animated explainer video, when made efficiently, can prove to be a great investment for the company as it keeps on attracting new leads and helps in better product adoption.

A survey by Tubular Insights showed that video content is 50 times more useful in terms of driving search results for B2B companies as compared to plain text.

It is important for the SaaS company to take time and analyze what animation style resonates with their brand, and which agency would be the best for them in terms of pricing, deadlines, communication, style, etc., and then make an informed decision for the animated explainer video.

How much is an animated explainer video?

A SaaS animated explainer video can cost anywhere between $3,500 and $20,000, depending on various factors such as video style, length of the video, voiceover artist, freelancer or agency fee, animation type, deadline, etc

Do SaaS explainer videos have to be animated?

The largest demand for explainer videos is with software, apps, and tech companies because these videos help them explain the complex UI of their products and services, help in building trust and credibility in the brand, and even aid in launching new features of the pre-existing products and building awareness in the customers.

What is an SaaS animated video explainer?

Short videos that help in highlighting the benefits of a SaaS product and act as a communication channel between the brand and the consumers to explain the working of complicated features and UI of the product using a scripted story, motion graphics or even animation at times, with a soothing voiceover instructing and guiding the user at every step of the way, are known as animated explainer videos.

Ready to make something amazing?